Bored at home with your preschooler? I have a FREE ebook to help!send it my way!
28 shares

For my first born’s 5th birthday I’m excited to share his birth story. Despite the horror stories out there not all inductions turn out scary! 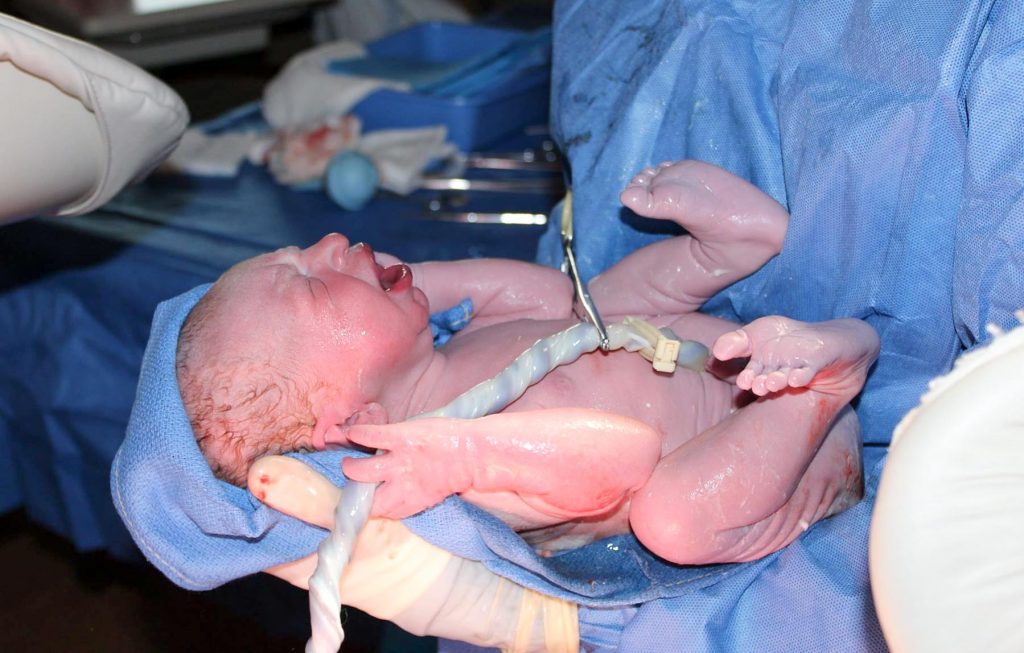 Today my sweet Wyatt Storm turned five years old! Some days I cannot believe I’ve only known him five years and other days I feel like he was only just born. Since the day I was pregnant with this wonderful soul I couldn’t stop taking pictures. Wyatt was the start of my photo obsession and for a good reason. Looking at the photo above I can still hear his first cries that seemed to never go away. I can still hear us laughing at his long toes and knowing that he MUST have got that from me. Photos tell a story and bring back memories of the best times in life, such as the birth story of a firstborn child.

I was lucky to find my soulmate early in life. Kody and I were married 3 months after I graduated high school but children didn’t fit our plan until after college. Naturally it came as a surprise when I fell pregnant a month after marriage! I still remember sitting in my college math class with the weirdest feeling that I might be pregnant. Before heading home from school I stopped by Walmart and grabbed a First Response Early Result pregnancy test.

The second after arriving home I took the test and I cannot describe the moment of shock and excitement I felt when seeing those two pink lines. Although it did not fit our “plan” the love I felt for this unborn child of mine was unimaginable. 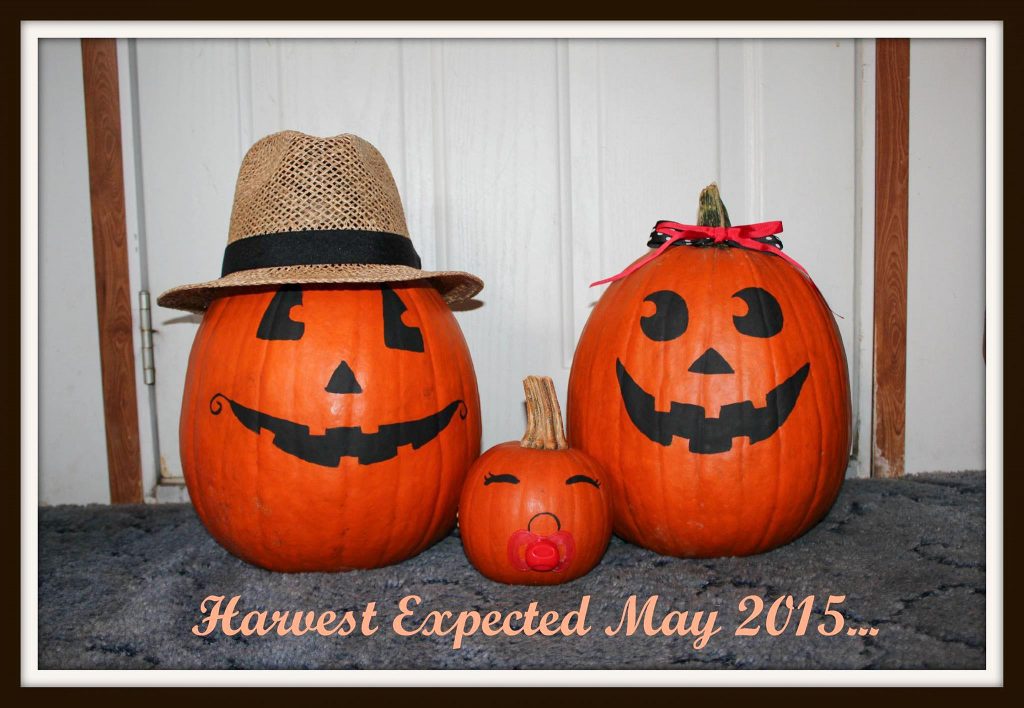 My pregnancy with Wyatt was nothing like I read in the books. The only symptoms I had was slight cramping during 1st trimester and feeling tired. I was never sick or even nauseous for that matter and sometimes I completely forgot I was expecting at all.

I’d say the worst part of my pregnancy was that I carried so large. My uterus measured a month ahead for several weeks because of extra amniotic fluid. In the photo below I was only about 27 weeks along and soon afterwards horrible sciatica started. Pains would shoot down my lower back all the way down to my left toes so that was definitely a huge struggle. Other than minor aches and pains my pregnancy went very smoothly. 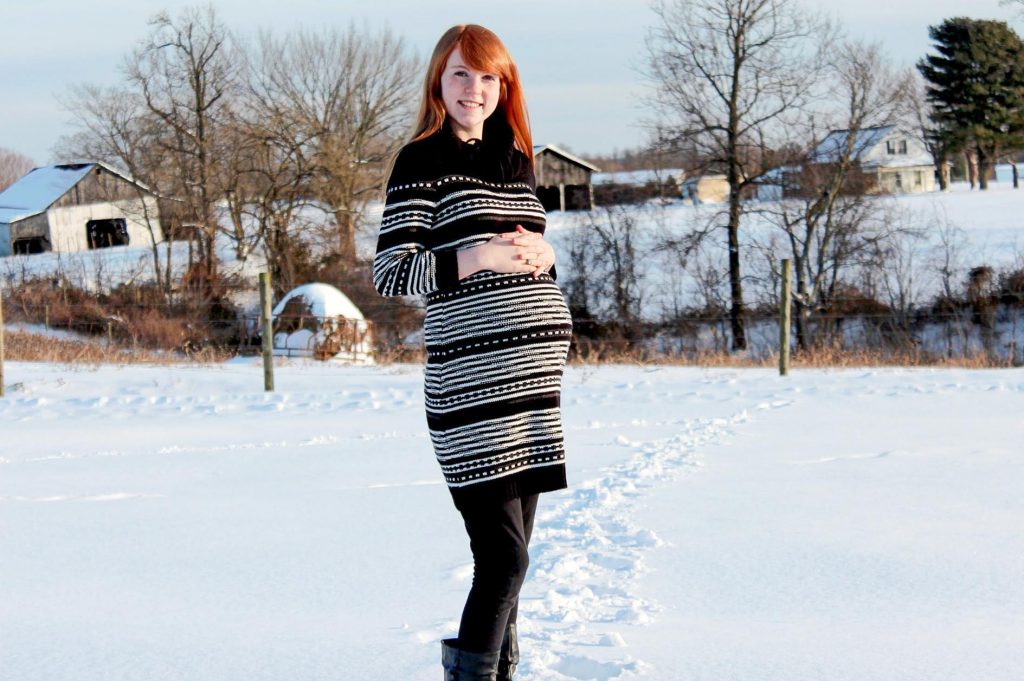 Days Before My Induction

Like many first time moms I had no signs of labor once I hit 40 weeks pregnant.

I was 1-2 cm dilated but my cervix was not quite ready. We had planned for me to stay in the hospital overnight with a pill inserted to “ripen” it as they say. However, during my last OB appointment I had progressed enough to not need said pill. Thankfully, because I was not looking forward to that!

I remember walking up and down our driveway the night before my induction to try and kick start labor but to no avail. I went to sleep knowing that tomorrow was baby day!

Arriving At The Hospital 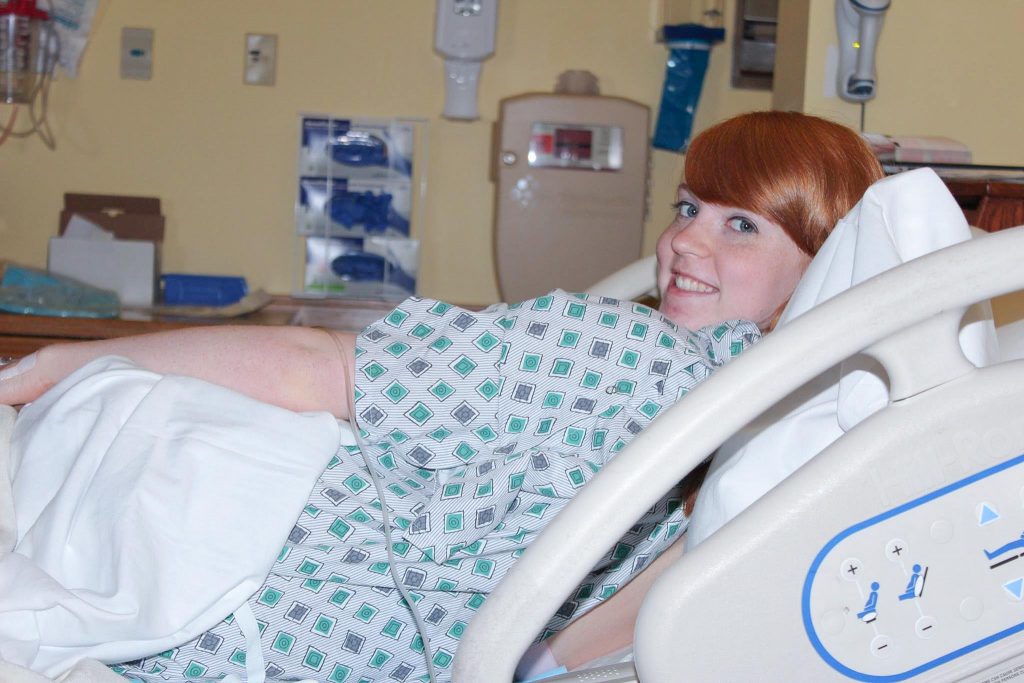 We arrived at the hospital around 7:30 am and I was surprised at how quickly things moved along. They immediately got me into a room, gown on and hooked up to a heartbeat and contraction monitor. The nurse reported that I was already having regular contractions 5-6 mins apart but I couldn’t feel them at all.

About an hour or two after arriving my OB checked me for dilation and I was still around 2 cm so not much change from my last appointment. He broke my water to try and speed things along before starting Pitocin. Soon afterwards I started to feel my contractions but they were painless.

A low dose of Pitocin was started in my IV around 11:30 am and little by little contractions started to pick back up. I remember looking at the clock at 1pm and thinking that I was starting to hurt some but it was definitely bearable. In the meantime I sipped on Sprite and chatted with my husband and his parents. They were sweet enough to bring me flowers and gifts for baby Wyatt.

I really started to become uncomfortable around 3 pm and no longer wanted visitors. My OB popped in the room to ask if I wanted an epidural. My plan at the time was to wait as long as I could before receiving pain meds and hopefully avoiding them at all. The OB informed me that he was headed to do a c-section so if I wanted an epidural I needed to get one now but of course my stubborn self declined the offer.

Around 3:45 pm I was in so much pain that talking wasn’t happening anymore. I became super nauseous and threw up a couple of times. I don’t remember much during this time other than being so miserably hot that Kody had to continuously fan me with a folder.

When my OB was back I asked to be checked again to see how far I had progressed. In my mind I was thinking I had to be AT LEAST 8 cm because I was hurting so bad and if I was that far along then an epidural would be pointless. However, I was disappointed to know I was only at a 4-5 so an epidural was looking pretty dang good at this point.

The time between asking for an epidural and actually receiving it was a whole hour, which if you are in labor feels like eternity. I believe I thanked the anesthesiologist about 10 times during the procedure. It took a while to kick in but once it did I felt absolutely nothing. It was complete and total bliss to be that relieved after being in so much pain. 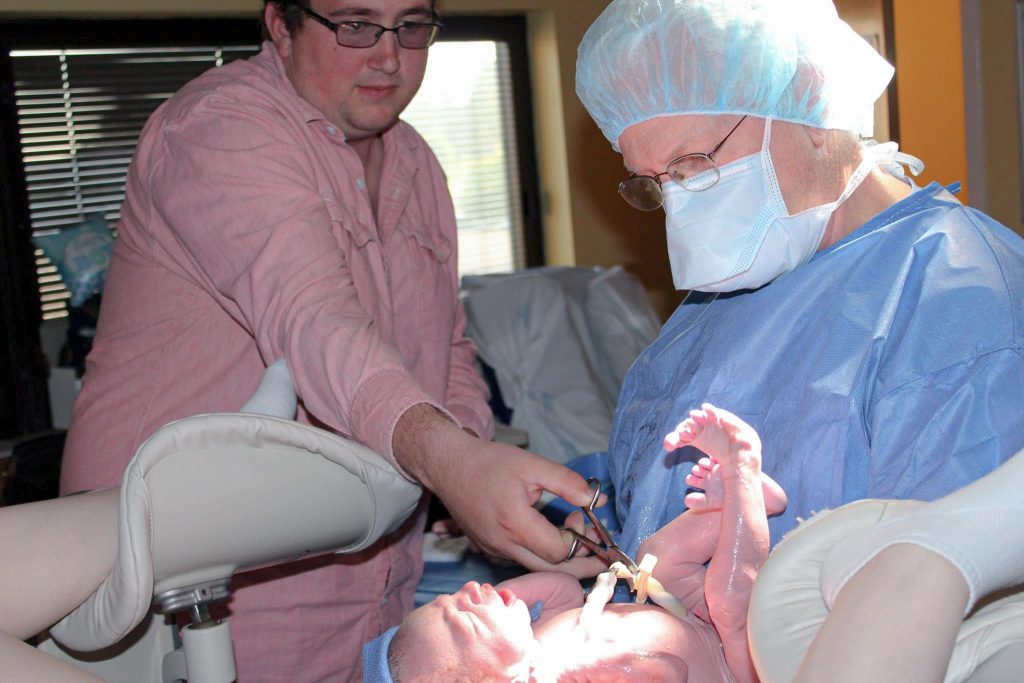 At about 7 pm I was 10 centimeters and finally ready to start the pushing process. The nurse set up a mirror so I could watch my son being born and it was so amazing! My epidural kicked in so well that I didn’t feel even a single ounce of pain.

I pushed for about 45 mins and then sweet Wyatt was here! He came out peeing all over the place so that was quite an arrival. The nurse offered to take photos with my camera of Kody cutting the cord which I thought was super sweet! I’m forever thankful for her photos.

I ended up with an episiotomy and a 4th degree tear but other than that everything went as well as it could have. The sweet prize at the end was well worth the pain I endured. 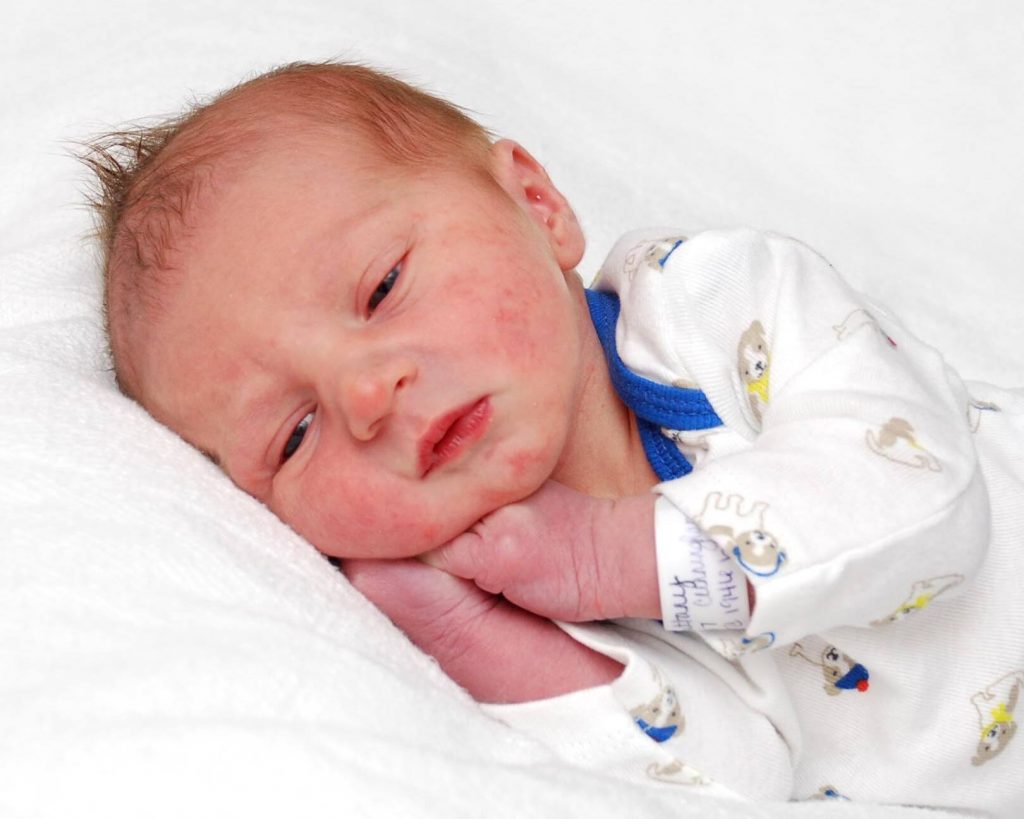 Although I was so scared to be induced ultimately I had nothing to be fearful of. Of course it wasn’t a pain free birth but that doesn’t mean it went horribly either. I read so many “horror” birth stories while pregnant with Wyatt and I SO wish more people would talk about their positive induction stories.

Yes, there’s always a chance something could go wrong but there’s also a chance that it could be wonderful. Although I don’t plan to have another elective induction, Wyatt’s birth story will always hold a special place in my heart. It may not be as exciting as my daughter’s but it’s just as beautiful, to me anyway. 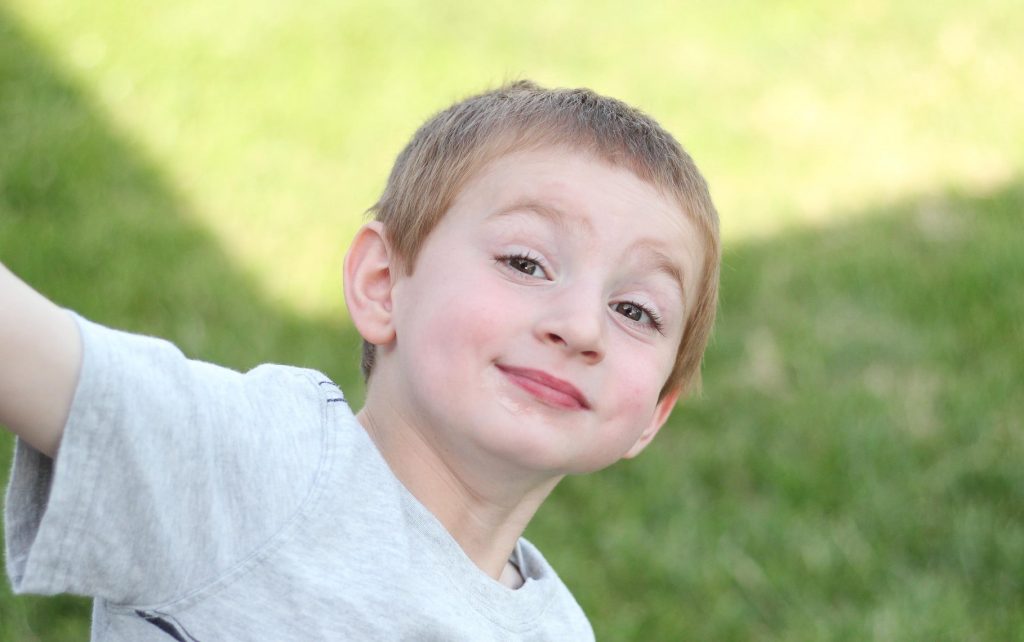 My Other Related Posts

Cloth Diapering On A Budget

The Key To Breastfeeding Success 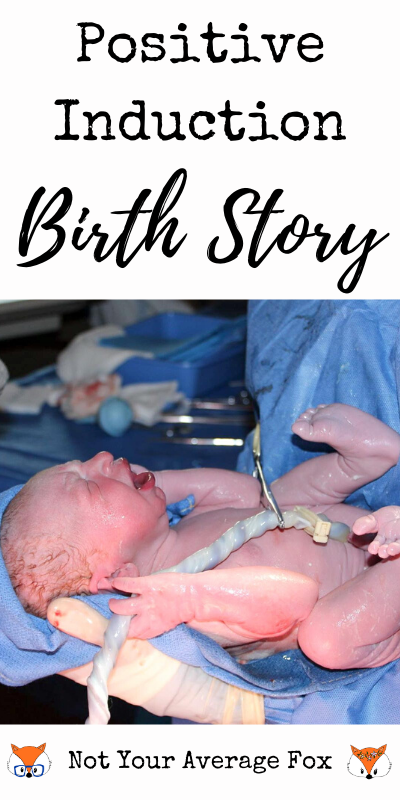 🍁 Happy Thanksgiving 🍁 We finally got a pict

“From the rising of the sun to its setting the n

Anyone else still too obsessed with fall to get in

This little dude has been going through a pretty b

We are in the fall spirit today! It’s 54 degrees